The Maine State Aquarium is a great place to introduce kids of almost any age to the wonders of sea life. Read more to hear about what we loved, and our tips for getting the most out of this hidden seaside gem. 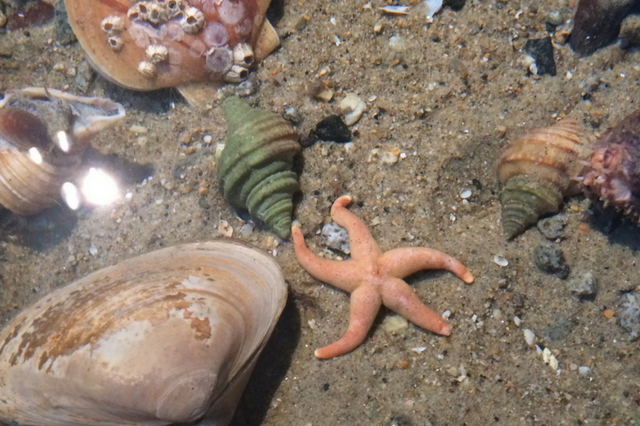 We visited the Maine State Aquarium last month, and absolutely loved it. Here’s what we have to offer for tips if you’re planning your own visit!

First off, getting there.

If you’re following your GPS and looking for an impressive institutional establishment, while starting to doubt Siri’s sense of direction, and getting a hunch you might be lost…keep driving. You’re not lost. This place is not nearly as large as you’re probably thinking, and it’s in a much more residential area than you might expect.

It’s small and understated, and your heart might be tempted toward disappointment as you pull into the parking lot, but don’t let it be. Because two words… touch tank.

Your kids are going to hold sea creatures, and if they’re anything like mine, they’ll be talking about it for months. The beauty of it is, you won’t have had to navigate a maze of city streets or a crowd of hundreds to get them here. Count thy blessings, my friend, and enter. 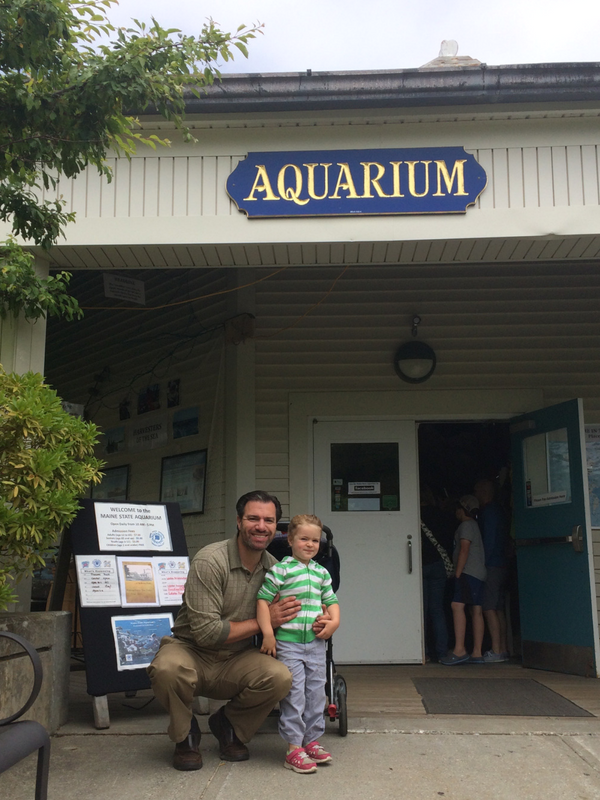 As of 2018, admission prices are $7 for adults, $3 for kids, and $5 for seniors. If you live in Maine, it’s worth seeing if your local library has a discount pass available.

The entire aquarium is housed in one large room, and it feels a little dark after stepping in from the bright summer sun. It’s also cooler than you might expect, between the cold water flowing through the tanks, and the cool breezes pouring through the open doors. You might be surprised to find yourself reaching for a sweatshirt, and it’s definitely a good idea to bring one.

When we first arrived, I made the mistake of trying to encourage my kids to follow the displays around the room in the way they’re laid out. Next time, I’d save the tanks along the walls for last, and make a beeline to the touch tanks. 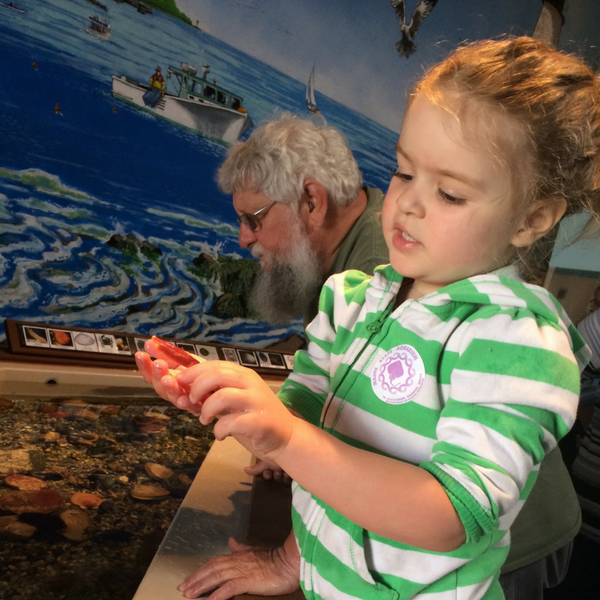 There are two tanks that hold various kinds of sea life which kids can touch. They’re not just allowed, but actually encouraged, to hold and touch sea creatures. This is life changing stuff, y’all. At least when you’re 4 years old and have been geeking out on Octonauts for the last two months.

Here’s what you need to know about the touch tank that’s in the middle of the room though. It’s the first big interactive tank that you see, and there are convenient little stepstools just inviting small fry to climb up and reach in.

They’re small. They’re dogfish. But they’re still sharks. And after reading about them on the Aquarium’s website, we were super excited to see and touch them.

Here’s my understanding. The sharks they have on display are usually entirely fine to touch. The signs that are very prominently hanging right on the tank instruct you to touch with two fingers.

However – a few minutes after we’d been dangling fingers and gingerly touching the beautiful rough-but-slick grey back of each shark as it swam by… an attendant came rushing over to let us know these were brand new dogfish sharks that had just been brought in, that they hadn’t acclimated to people yet, and were a bit nippy. Touching was absolutely NOT allowed.

Ok, then. On to touch tank number two! 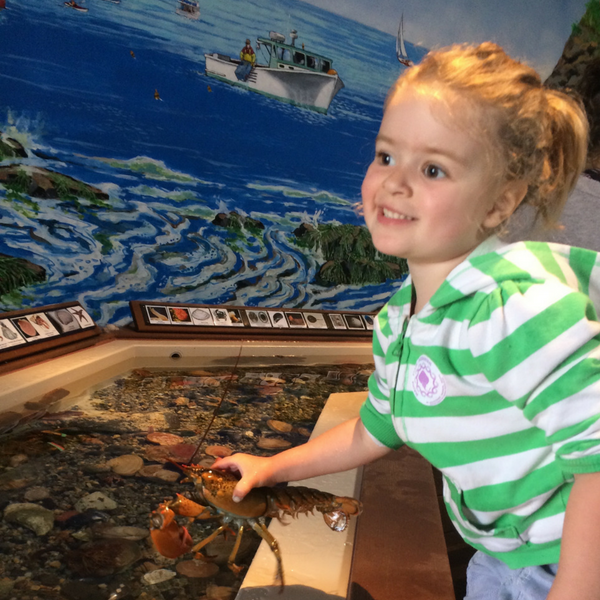 This one more than made up for any disappointment of being unable to touch the sharks. My daughter and I could have spent the entire day playing in this huge tank that is basically a tidal pool as long as the room. It’s chock full of hermit crabs, clams, mussels, sea stars, lobsters, anemones, and even sea cucumbers. The big horseshoe crabs were some of the most impressive inhabitants of this tank, and having the chance to touch and even hold them was just amazing!

It was all just SO MUCH FUN!

Do remember to be careful of the clams, because almost immediately Izzy got her finger very strongly clamped into one of the largest clams. It was one of those things I saw happening a second too late, and am still kicking myself for not preventing. It really did hurt, but she’s my tough little sea monkey, and learned to carefully pick up the clams only from the hinged side – something I absolutely should have thought to teach her before we were excitedly reaching into the tank.

My hunch is that perhaps we were there during a low-staffed time, because in the hour we spent exploring the touch tank, there was only rarely an attendant nearby. You’ll want to be prepared to be the one helping your child to know which animals can be held out of the water for a moment (basically anything with a shell), and which (like the sea cucumbers) can be touched but must stay under water.

There are little laminated photos and descriptions of each creature in the tank on the far side, but they’re pretty difficult to read. An easier way to help teach some facts about each amazing creature your child discovers is to simply have your smart phone open and read some highlights from wikipedia. 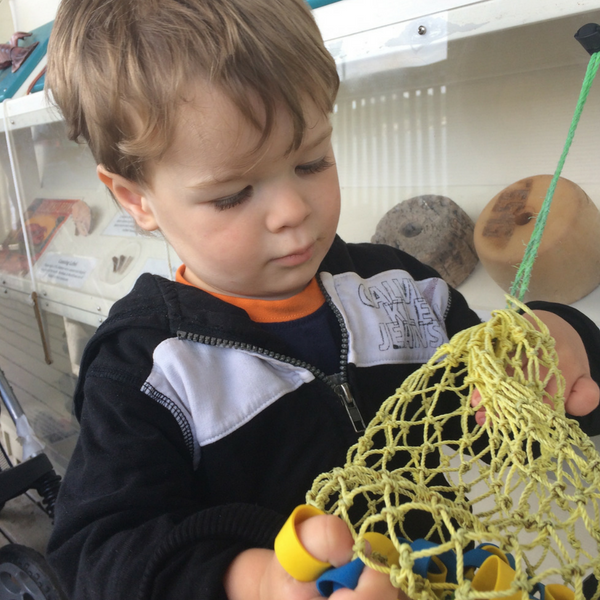 Outside the building, the fun continues! There’s a wonderful lobster exhibit along the exit wall, which almost everyone seemed to miss while we were there, which is sad, because it was actually 2 year old Duncan’s favorite part!

The displays tell about the history and importance of lobster fishing in Maine, and kids get a chance to use a pair of banding pliers and rubber claw bands to see what it’s like to band a lobster. Or in our case, a mama. Duncan could have played with those bands and pliers all day. 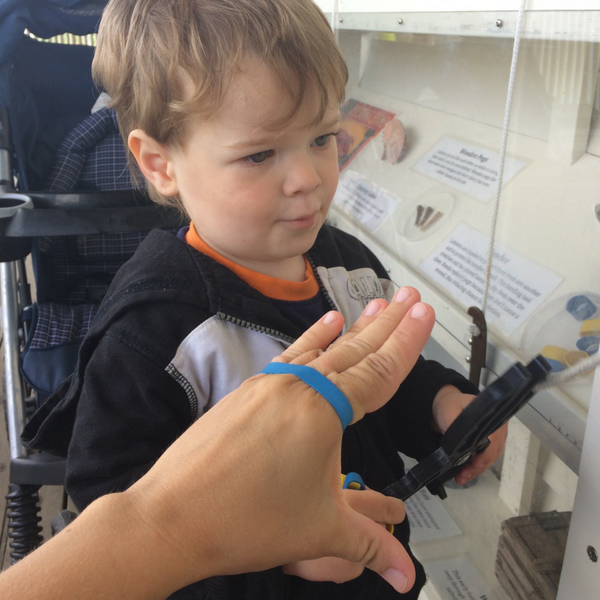 There’s also a chart that shows the size of a record-breaking lobster named Rocky, compared to the usual catch – and it’s a lot of fun to climb up and see where you measure up. Can you imagine a lobster bigger than your 2 year old? I don’t think those banding pliers were made for claws that big… 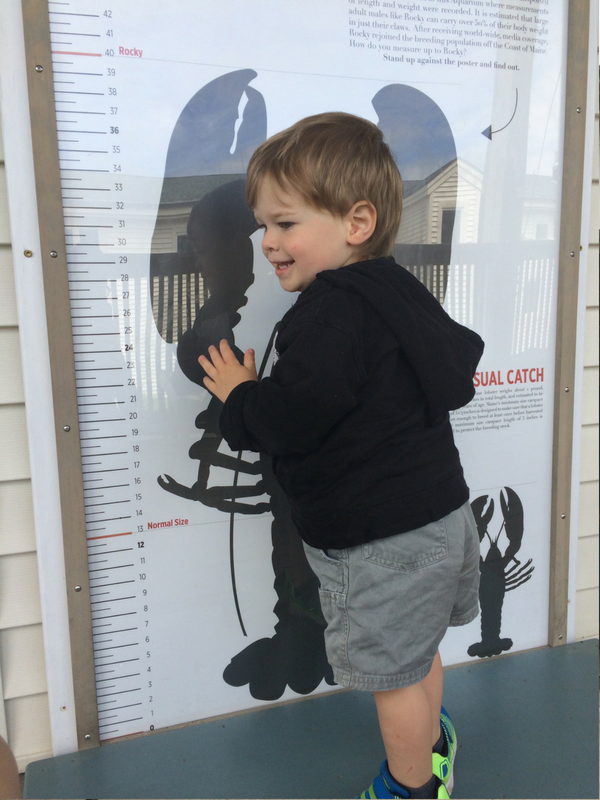 Once you’ve exhausted the fun the aquarium has to offer, and you’re ready for lunch, you can wend your way down to the back lawn which has a nice little picnic area.

There’s no real snack shop here, so you’ll want to bring lunch or plan to eat elsewhere. With the beautiful view, lovely sea breeze, and handy picnic tables, it’s a delightful place for a picnic lunch, and that’s absolutely what we’d do next time. 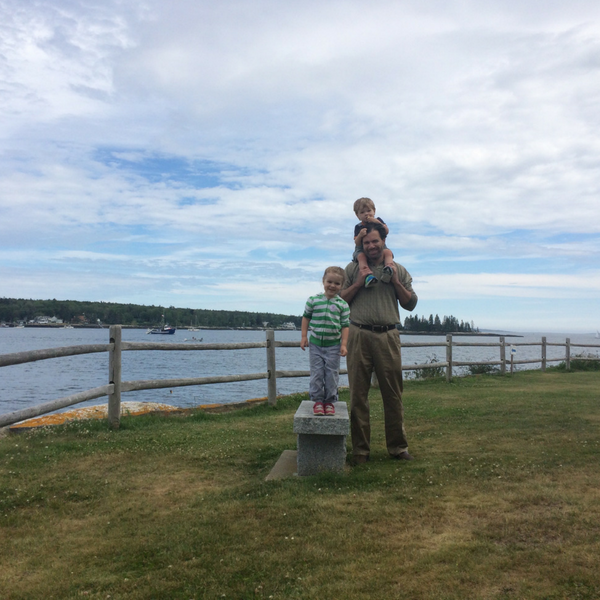 There’s also plenty of room for letting little ones run around a bit before climbing back into the car, which is wonderful if you have a long ride ahead! 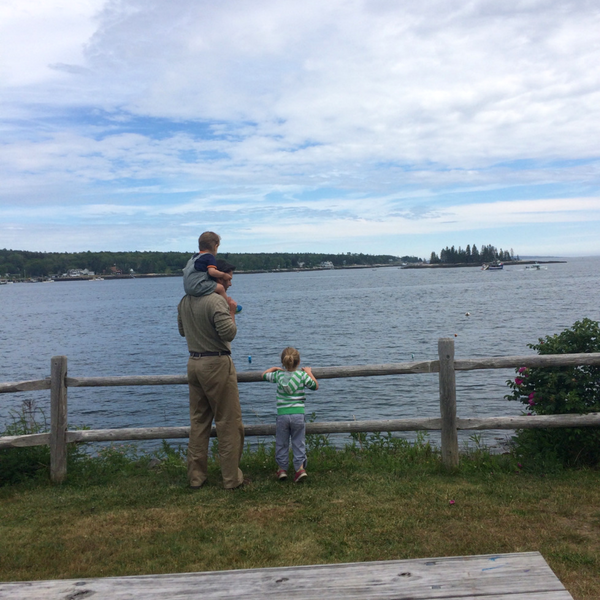 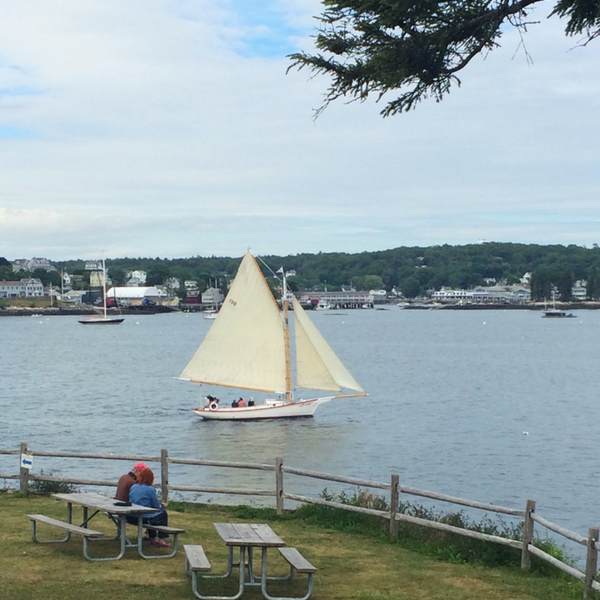 If you’re lucky, you might even see a sailboat cruise by, so close it feels you could toss an apple to the folks on deck.

We loved our time at the Maine State Aquarium, and we’d rate it 4 stars out of 5, as family adventures go. It’s a solid two hour drive for us, but if it were closer, we’d go again in a heartbeat, just to spend an hour playing in the tidal pool touch tank.

Have you been to the Maine State Aquarium? We’d love to hear about it! Leave a comment and share your experience and any tips for future visitors below! 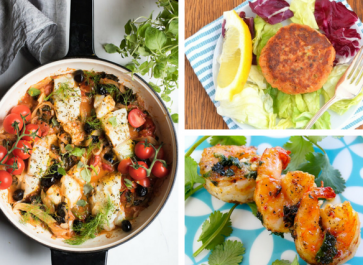 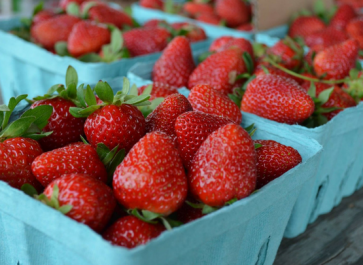 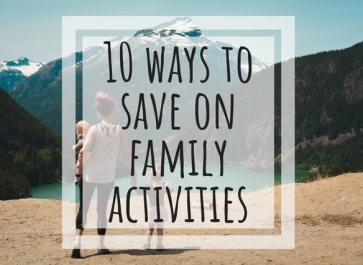 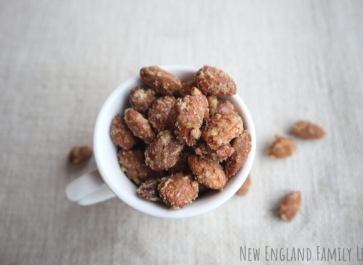 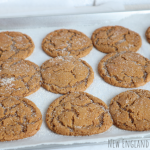 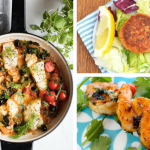 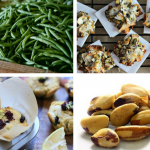 WELCOME! I'm Anna - a New England mama who firmly believes that playing together makes a family stronger. Follow along as we explore our way through the states around us, and offer tips for planning your own family adventures!